Come On Y’all And Sing It For Me 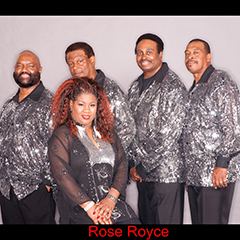 When Rose Royce set out to record their debut album, they were excited beyond their wildest dreams - music legend Norman Whitfield, the man behind the Motown sound and a pioneer in psychedelic soul, was going to work with them and release it on his very own Whitfield Records.  And then he came to them with an idea: a new movie that would feature the likes of Richard Pryor and George Carlin needed a soundtrack.  But not just any ordinary soundtrack.  He wanted to make sure the music played a starring role.  And it did, sending Rose Royce’s album into the Top 10, delivering a #1 hit single and turning the film into an instant classic.   We recently got a chance to talk to Rose Royce founder Kenny Copeland about that magical collaboration between the band, Mr. Whitfield and “Car Wash.” Here’s what he shared with us.

Kenny Copeland remembers the moment when Rose Royce was first asked to turn their debut album into the soundtrack to “Car Wash.”   “We were extremely excited,” he says. “We had already been working on the album at that point and, to tell you the truth, we thought that some of the songs we had would fit.”  But, just like the lyrics to the title track, they had to “work and work” their fingers to the bone.

“It took us about six months to do that album because we were involved in everything,” Kenny explains.  “We did all of the music for the film in all of the scenes and recorded a bunch of new songs, so much that it was a double album!”  Even Norman Whitfield told the group that it was the hardest he’d ever worked.  “We really put a lot of love and attention into that record.  The goal was to make sure the songs were really good in case the movie flopped,” Copeland adds with a laugh, “That way, if people didn’t like the movie they’d still like the songs.  And then both of them ended up being a success.”

Rose Royce’s music played a role in “Car Wash” that was just as important as each of the characters and plot lines, shaping the emotions of both the film and the audience. It was no accident.  Whitfield guided the band through hours and hours of sessions in order to draw intense soul and passion out of them.   “I remember him working with our guitar player, and they stayed on one line for like eight hours. Norman said ‘you can play something but if it has no feeling it’s not going to work,’ and so we learned to really feel the songs.  He taught us that anything that you do you have to give it 150%.  You have to live what you’re singing, what you’re performing, and I think that came out as we were doing the songs.”  “I have to be honest,” Kenny confides.  “I started out both playing the trumpet and singing, and when he took me in the studio to record “I Wanna Get Next to You,” I felt like I was in boot camp. It was so hard…it took me maybe a month to do that one song and I said, ‘Norm, if singing is this hard, I’d rather play my trumpet and get someone else to sing.’ You know what he said? He said, ‘Kenny it’s too late now.’ And he was right!”  “I Wanna Get Next to You” went on to become a worldwide hit and remains one of Rose Royce’s signature songs.

That emotion behind the songs is what makes us love them so much and is what has drawn the greatest vocalists of the past 40 years try to match their power.  Beyonce. Patti LaBelle. Seal. Teena Marie. Mary J. Blige.  “That’s really a blessing, to have big artists cover our songs…wow, we must have done the right thing,” Kenny marvels as he reflects on the list of superstars who have recorded Rose Royce’s iconic music.  But he loves listening to his fans sing along just as much as he loves Mary J. Blige taking on “I’m Going Down.”  “What’s really, really amazing is that we play pretty much around the world and I see younger people who weren’t even born when this came out and they’re singing the lyrics. I think to myself, ‘Man, this song has really made a mark.’   Even though we’re not strangers to hard work, we were very blessed.”

“Our fans are number one, for sure,” he continues.  “I’ve had several people come up to me and say certain songs that we’ve sung have caused them to get married and have babies and that’s genuinely amazing. That’s why when somebody stops me for an autograph or asks to take a picture, I always try to make time. Some people have even brought back pictures and autographs that I signed years and years ago and they’ve kept them and that’s incredible. The fans are the most important people to us.”

Kenny is looking forward to hearing more stories, signing more autographs and being in plenty of selfies during the 2021 Soul Train Cruise.  “When we’re not performing I say, ‘who can I go see?’ and I make the rounds and see everybody that I can.  The cruises are a lot of fun for us.  I go see everybody and every concert. The whole band does!”

Until the ship sails next January, you can keep up with the band via Instagram at @roseroycehits.