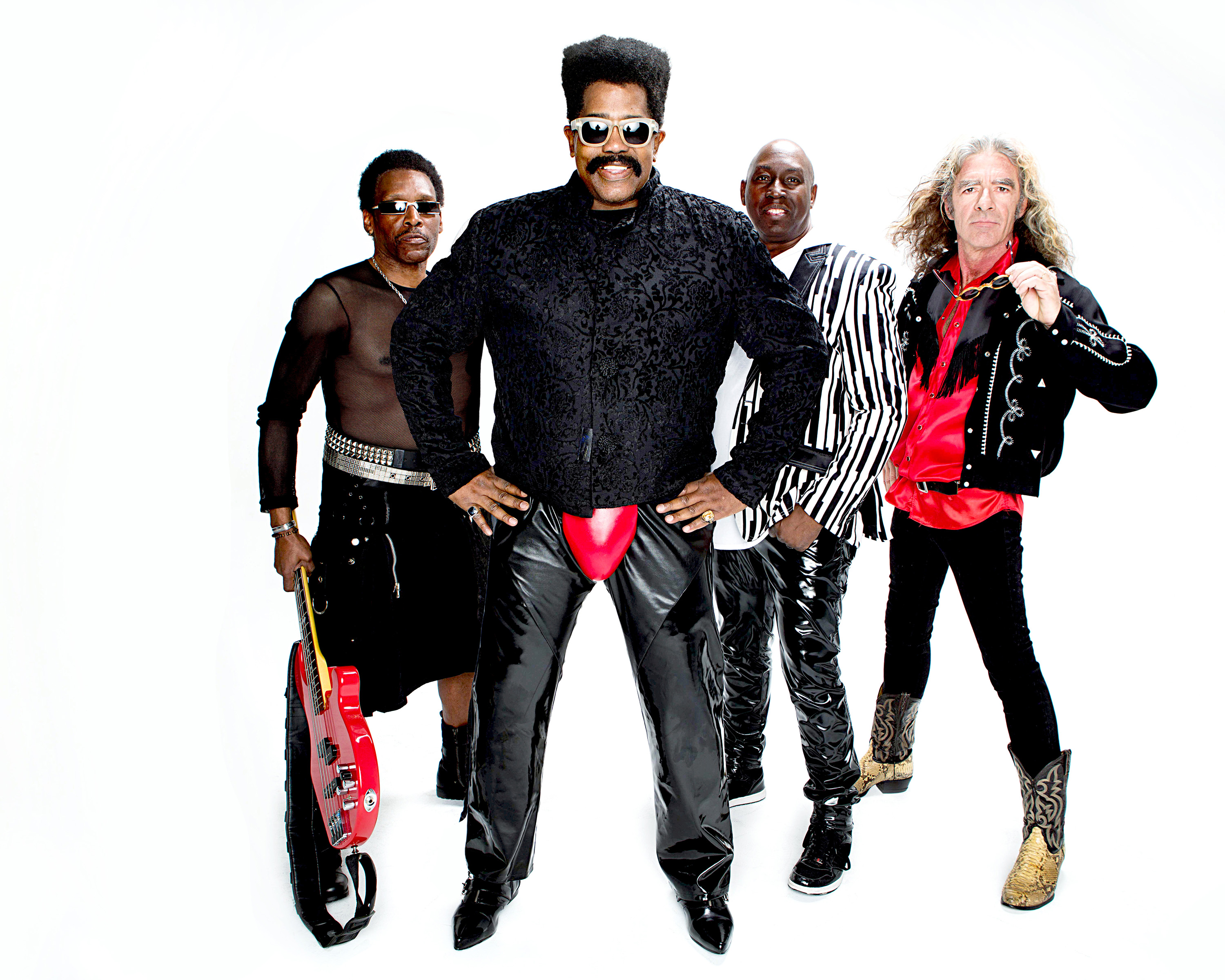 Funky, fun and a little bit naughty, we can always count on a Cameo song to get us up and dance like no one’s business.  No matter if we’re in the club, at a concert or in our cars, Larry Blackmon and his crew have been making us groove and smile for decades.  We recently spoke with Larry about Cameo’s career, their songs and what they’re looking forward to on the Soul Train Cruise and wanted to share his thoughts with all of you.

“We started out as the NYC Players, playing in clubs around the New York and Tri-State area, Canada and even the upper Midwest,” Larry recalls as he explains how the band’s unique personality came to be.  “We became selfless and tried to shape ourselves into what the audience would find appealing.  Once we were able to see and understand what worked, we did more of it. Of course, we hoped that people would fall in love with everything we did - we knew that in order to fall in love with a song, you’d also have to fall in love with the personality.”

We’re not gonna lie, we love the fact that Larry and the band took this journey that made Cameo into one of the funkiest bands on the planet.  But we’re pretty sure he never had to worry about whether we’d fall in love with their songs or not - Larry’s talent was there from the start. “I attended Julliard,” he reveals.  “I actually thought I would become a pit musician on Broadway.”  “You learn after a while that composing is such a natural thing,” he continues. “I look at music as pure as you can make it, what it takes to make sounds entertaining.  I think that’s a beautiful thing.”

He crafted those sounds he’s talking about into some of the most popular R&B tunes in the world.  And it’s not just the iconic “Word Up,” “Candy” and “She’s Strange” – let’s not forget “I Just Want to Be,” “Shake Your Pants,” “Keep It Hot,” “Freaky Dancin’,” “Flirt,” “Attack Me With Your Love,” “Back and Forth,” “You Make Me Work,” “Skin I’m In” and “I Want it Now.” Every single one of them was a Top 10 R&B hit and are so darn good that other artists have been sampling them non-stop.  And we know we don’t need to tell you that the snare drum sound from “Word Up” is legendary.  “Yes, it’s some of the most sampled sounds I’ve ever heard,” admits Larry. “We created the sound, we finished the session and I’m sure that same night the studio guys took my tapes out and sampled the snare and the kick,” he laughs.  Everyone from Beyoncé to Mariah Carey and Tupac to Will Smith have leaned on “Candy” to elevate their songs and Snoop used “She’s Strange” on three different tracks.

But Blackmon remains incredibly humble about his talent and his work.  “When I produced Miles (Davis), he opened my eyes to something that I had not considered prior, that we are custodians of creativity.”  “I love having eclectic taste and it helps keep my creative process self-rewarding,” he explains.  It’s also that variety that makes Cameo’s music so distinctive, so infectious.  “We might be known for being in the R&B genre, but we make it a habit to do different sounds – reggae, world music….in fact, I’m anxious to do a world music album.”

Some of those different sounds appear on Cameo’s latest single, “El Passo,” a funky romp with lyrics full of sass and fun that only Larry Blackmon could write.   Although it was recorded before the tragic mass shooting in El Paso, TX last August, the group insisted that a portion of all the proceeds from the song be donated to relief efforts in the city. “The song is completely in contrast to the events there, but our hearts went out to our fans and we knew we had to set up a fund to help them.”

We’re hoping they’ll perform “El Passo” on the Soul Train Cruise and, speaking of the cruise, we’re not the only ones looking forward to the Hippest Trip at Sea.  Larry is, too!  “I love the water and I love cruising.  We enjoy the gathering, the event it will be. We’re looking forward to that.”

He's also looking forward to delivering a great show for everyone onboard.  “The audience is the most important element of any performance,” he says with respect. “These people worked 9 to 5 and they spend their hard-earned money on what they like.  To be one of those things they like is one of the most gratifying experiences I’ve ever had.”

I think we all agree that Cameo is worth every single penny and more, Larry!