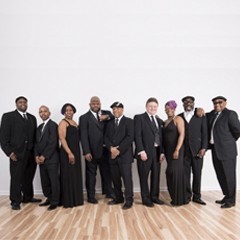 The URBAN GUERILLA ORCHESTRA is simply untouchable.  Consummate professionals with decades of experience, World class musicians that record and tour with major label artists.  Undoubtedly they are one of the best bands performing throughout the United States today.

The URBAN GUERILLA ORCHESTRA exemplifies versatility, sophistication and deliver an energy packed cutting edge musical experience that will rock you every second of the performance!!!