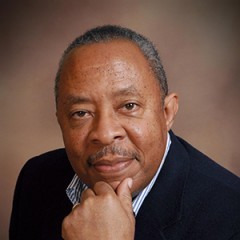 Jerome C. (Jerry) Wells, Philadelphia native and Philly based media professional, has been a fixture in Philadelphia radio for over 30 years. A popular personality on iHeart Media’s WDAS-FM for many years, his radio roots go back beyond working on other Philly area stations to his college days at Temple University’s radio station, WRTI; and as a KYW Newsradio “student reporter” in high school. The “radio bug” bit even earlier, he says, “I was on a youth group trip to Philly station WHAT when I was about 9 or 10. The announcer on the air asked for members of the group to go ‘on mike’ with her. I stepped up and did it, and I remember thinking how cool it must be to work there. I guess it stuck.” Indeed.

During his Temple days, Jerry began his “second career” as a voiceover talent after being invited to narrate the video of OIC founder Rev. Leon Sullivan’s first trip to Africa. It was his first exposure to this highly competitive field and over the years, Jerry became a respected and sought-after voice talent, both locally and nationally. He’s also done local and national on-camera work, as principal player and ‘extra’ in numerous TV and motion picture productions.

Married and the father of two, Jerry’s still “behind the mic” at Radio-One Philly’s “Praise 107.9” as well as freelancing and doing public appearances. His voice is heard locally, nationally, in Europe and Africa, and on the internet. “Whenever I do a project, whether it’s writing, voicing or producing; I try to bring all my skills and experience to bear on that project. When my name is on it; it has to be my best.”